Being A Reconciling Community: One Church’s Story

Ken & Becky Peters, pastors of the Bridge RVA in Richmond, VA, share their story of leaning into what it means to be a reconciling community in South Richmond. 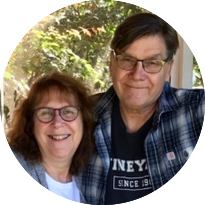 When I think about what it means to be a reconciling community, a few things come to mind. There is so much good material available on the topic that I don’t want to just state the obvious, but hopefully can add a little context from our experience in this arena.

First, as obvious as it may sound, it’s starts with following Jesus into reconciling community, whatever that may look like and wherever that may be for you.

In 1997, sensing the Lord’s leading, Becky and I moved our family from a white suburban neighborhood into a predominately African American community in Richmond, Virginia. We had some understanding of reconciliation at the time, but didn’t realize the depth and breadth of segregation that still permeates our city.

In spite of our naivety, we managed to do a couple of things right. We decided to not put up a fence, but instead put up a basketball goal just off the alley in our backyard – we immediately had a community center. We also put our children in the local public school which was nearly 100% African American.

Secondly, it’s important to be teachable, to recognize there is much to learn. As we entered the local school, we came with the attitude to simply serve and not to bring our privileged suburban wisdom to inform the way things could be done better. This attitude gave us instant credibility with the staff. We were welcomed and invited into the inner circle (PTA Board) quickly.

If we bring with us a teachable attitude, we will have our generational prejudices or internal biases exposed simply by our proximity to others who have lived a different experience. This can be a humbling and sometimes ugly process, but you’ll come to realize that those you long to minister to or help have much to teach you as well.

Thirdly, we learned the value of staying for the long haul. The principal at the elementary school told us early on that white suburbanites would often come in during holidays and serve in some way and then not be seen the rest of the year. We came to know this as “drive-by ministry.” It’s when we are with people for years that bridges are built and trust is established. This doesn’t happen overnight.

For many in the African American community, especially children, there has been a lot of loss and abandonment in their lives. We don’t want to add to that.

Fourthly, as the outward journey of reconciliation can bring with it a weariness, it is vital to take the inward journey of soul care seriously. It was Henri Nouwen who said that authentic community is birthed in solitude. In particular with all of the voices vying for our attention, we most need to hear and heed the voice of Jesus.

Finally, I would say that along the way, watch for what the Father is doing and join Him in it.

It is here that we see fruit emerge. Three months after moving in, we had a children’s pastor visit our church. He passed out index cards and had the kids write down the name of a friend to pray for. That night I knelt with my two boys to pray and they pulled out their cards. They had each written down the name Devin. I asked who he was, and they said, “a friend from school.”

So, we prayed for Devin. The next morning at 6 a.m. there was a knock on the front door. Becky opened it and there was a 7 year old boy looking up at her as he said, “Can you take me to school?” She asked who he was. He said, “My name’s Devin!”

It turned out that his mom had to leave for work at six in the morning, and he had to walk to school which was two blocks away across a busy thoroughfare.

Devin came every day after that, becoming part of our family and having his own bed at the house. We drove him to college when he moved into his dorm. He became a part of our church, where one Christmas he played Joseph in our pageant. He recently photoshopped himself into one of our family pictures we had taken before we moved into the city.

Through a literal dream I had one night where a young African American boy was being kidnapped and shouted, “Help us, Mr. Peters!” we started a reading club for children in our neighborhood that grew to 40+ kids in our home every Wednesday night.

Last spring we launched The Neighborhood Literacy Center working with children three days a week after school. Along the way we realized that the children were unchurched, so we began a church service for them. This is a work-in-progress, but its bearing fruit.

One other surprising fruit that has emerged from life here in the city has been to build a bridge back to our Caucasian friends and acquaintances.

The recent spotlight on long-standing African American issues has served to spark numerous conversations; some with those who either hadn’t seriously considered the plight of the African American community before, and some with those who are still immersed in the Confederate culture they grew up in. Many have supported us in our work with the children over the years while simultaneously supporting their ‘Southern heritage’. Having been at this work for the past 20+ years has given us some equity to have these conversations.

And I am beginning to witness a genuine openness in many that I have never seen before. I am hopeful.

I’m grateful that we raised our children here, even though it hasn’t come without cost. They have all had their hearts formed with a love for African American people and a desire to see justice come to them. Now, we get to see their much-less prejudice hearts passed down to our grandchildren. May it continue to bear fruit that remains.

Ken & Becky Peters are the Pastors of The Bridge RVA Church in Richmond, VA.