Disciples Are Trained, Not Born

Christ devoted a major part of his ministry to training the disciples to do the Father’s work and reflect his righteous nature. 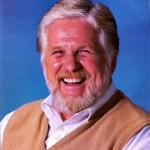 He prepared them to lead the church born in Pentecost. His strategy for winning the world was simple: win a few men and women to Christ, train them well, and release them to repeat the process over again. We can learn much about discipleship by studying how Jesus trained the Twelve.

Christ’s method of training is difficult for western Christians to understand, for it involved more than the accumulation of knowledge. Twentieth century Christians equate training with accumulating knowledge about God through bible study. But Christ was more action-oriented; his disciples learned by doing as he did. In so doing, they combined right doctrine with changed behavior and attitudes.

Another obstacle to understanding Christ’s method of discipleship is the rejection of signs and wonders today. Signs and wonders, nearly all western Christians acknowledge, were necessary to authenticate Christ’s divinity. Further, signs and wonders were key in establishing the apostolic authority of the Twelve and Paul. But most western Christians reject or adopt a generally negative attitude toward signs and wonders after the first century. This diminishes the effectiveness of Christ’s example for us and discounts much of what Christ intended that we do. What Christians are often left to follow is a good moral example, not a dynamic, Satan-conquering Lord. This results in overly intellectual disciples–certainly not people who cause demons to tremble.

A closer look at how Jesus trained the disciples to carry on his ministry after his ascension reveals many of the key elements for learning how to minister today.

Jesus’ method of instruction was the method of the day: rabbinic. A rabbi would minister, while his disciples watched; then they would minister with him watching. Next, they went out on short missions, reporting back for further instruction and correction from the master. After repeating this process for years, if the rabbi was convinced his disciples were formed in his way of life, he released his students to become rabbis and teach others by the same process.

Christ used the same training method with his disciples. Christ, the teacher, formed his disciples in his way of life, passing on his character. Faith, hope, love, joy, peace, and so on were the goals of his training. Performing signs and wonders–casting out demons, healing the sick, and even walking on water–were avenues through which the disciples learned more about God’s nature. The disciples understood and accepted what Jesus expected of them. We never read of them objecting to being asked to do the works of Jesus, only of their sense of personal inadequacy in performing his commands.

In the early years of my upbringing, I often visited a horse farm in Illinois where my grandfather worked. He trained Tennessee walking horses. Tennessee walkers have a remarkable high-strutting gait, different from any other horse in the world. One day, I was with him while he worked on a horse with a problem gait. His solution was to hitch a pacer–a horse with the correct gait–to the horse with the problem and let them walk together. After a few days, the problem horse’s gait became consistent, just like the pacer’s. My grandfather explained that when a horse cannot do its job, if you connect it to one that can, soon both do the job correctly.

I have been training men and women for over thirty years. During this period, I have learned that the secret for success with people is the same as with horses: hitch a person who cannot do a job with one who can, and soon both will know how. This is how Christ trained the Twelve: they lived with him, soon living like him. Training today works the same way. Being around someone who performs a certain ministry skill successfully (or demonstrates personal maturity) is the best way to learn to do it (or be it) yourself.

The primary criterion for becoming one of the Twelve was a willingness to follow Christ–to walk with him, and to choose to become like him. Other than that desire, the only thing the disciples had in common was that they were Jews with middle class economic and social standing, living in Galilee. (Judas was the exception; the others were mostly fishermen.) From a human perspective, one can imagine the Father telling his Son, “If we can train this motley crew to advance my kingdom, we can train anyone.” This gives all of us hope.

Through mutual commitment, Jesus made disciples out of the Twelve. He developed mature character and leadership in them. He trained them to do signs and wonders. Before he ascended into heaven, Jesus also encouraged them to “Wait for the gift my Father promised . . . In a few days you will be baptized with the Holy Spirit” (Acts 1:4-5). They were hitched together for three years, and when released, the disciples continued to walk in his way. They performed God’s works and persevered under the most severe of conditions. And they trained the next generation to carry on in the same way.

But the disciples had difficulty in cooperating with Christ in their training. They often misunderstood Christ’s teachings (Matt. 13:36; 15:15; 16:6-12). They never fully understood his mission until after the resurrection–and even then they were in need of further correction (Mark 8:31-32; 9:31-32; Acts 1:8). They also misunderstood his authority relative to the kingdom of God (Mark 10:35-40; Luke 9:46-48). But Jesus was patient with them, for his goal was to build men who did the Father’s bidding.

For three years, the Twelve were in a learning environment. They not only learned new ideas, but they developed new skills and abilities. They were teachable, because they saw a large gap between Christ’s life and their own. Progressive growth came through trial and error.

Frequent failures characterized the early ministry of all the disciples (Luke 9:37-43, 52-55), especially Peter’s. His abortive attempt to walk on water (Matt. 14) is one of many examples. As the disciples continued to live with Christ, their failures diminished and their successes became more frequent. Each new step of faith was a springboard for their Master to push them further, enlarging their worldview and expanding their understanding of God.

I believe our challenge for training today is no different from, or less critical than, it was for the Twelve in the first century. We too are called to be like Christ and to do his Father’s works.

Unlike the Twelve, we cannot live and work with the incarnate Christ. Somehow, though, the Twelve trained many more like themselves, and they in turn trained those that carried on Christ’s work up to today. So, how can we carry on in the tradition of Christ, the Twelve, and all the brothers and sisters who faithfully passed along Christ’s way of life up to our day? How can we apply Christ’s training methods to our lives?

First, any training and formation we receive from other Christians must be subordinated to scripture. We worship the living God of the bible, and it is his image–not another man or woman’s image–that is the goal of all discipleship.

Any training and formation we receive from other Christians must be subordinated to scripture.

Second, we have access to Christ through the disciplines of prayer, worship, meditation, and study. The cultivation of these “inward disciplines,” as Richard J. Foster calls them, is the most significant means of formation in Christ.

Third, we have older brothers and sisters to whom we may look for models of maturity and guidance. Saying Christ is our pattern of maturity does not exclude learning about him from more experienced Christians. Paul was not afraid to say to the Corinthian Christians, “Follow my example, as I follow the example of Christ.” Christ is the supreme example (1 Pet. 2:21). We follow Paul (or any leader) only to the degree that he reflects Christ.

You may ask, “Where are my contemporary examples?” and “How can I be sure they will not abuse me?” The answer to the first question is that most churches have many mature Christians from whom you can learn. But you involve yourself in the church, for example in a small group, before you can discover them and take advantage of their example. Look for someone you admire, respect, and trust. Then spend time with him or her; most of what you learn comes through association.

The answer to the second question–how to avoid abuse–goes back to the basics: our goal is to become like Christ, and he is revealed in scripture. If you abandon the hard work of checking out everything you are taught by others with what scripture teaches, you place yourself in jeopardy of being deceived and hurt by Satan. In other words, while we have a responsibility to show honor and respect toward the leaders who train us, our highest responsibility is to Jesus.

Of course, the greatest joy of all is when God uses you to train others. And that is my prayer for you, that, if you haven’t already grown to that level of maturity, someday you will be used by God to train others.

The Meat is in the Street

Training is being equipped rather than educated. It is being formed as well as informed. There is a time and place to gain the theory and the theology concerning what we are doing. However, our priority should be training people to know the words of Jesus and to do the works of Jesus. In the Vineyard movement, our training model is based on forming relationships with those we’re training and using this show and tell model of training.

For instance, when I train someone:

This is how I learned to witness, and how hundreds have learned to pray for the sick.

At times, sincere people approach me and express dissatisfaction with our practical understanding of discipleship and training. They tell me they want to become mature disciples of Christ by delving into the deeper “meat” of the word. Once when I was at a loss as to what to say to this objection, the Holy Spirit distinctly spoke to me saying, “John, the ‘meat’ is in the street.” Discipleship is not so much what one knows as it is what one does about what he knows! Most of us know far more of the word of God than we are currently obeying and putting into action! At the point of application, we need the most help. I pray that, as people who earnestly desire to be Jesus’ disciples, we will see our fellowship as “boot camps” where we learn by example, and from actual experience, to speak the words of Jesus and work the mighty confirming works of Jesus.