How The Vineyard Began

Carol Wimber is the widow of the late John Wimber, founder of the Vineyard movement. Here she talks about how the Vineyard started. 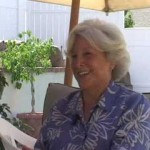 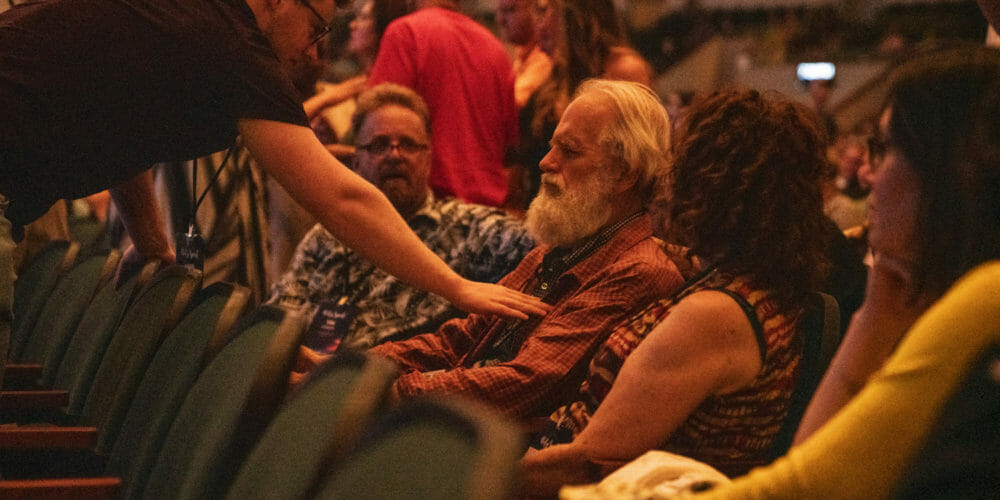 One sunny afternoon in June, 1964, my 3 year old son, Sean, wandered away from our home in Yorba Linda, California. At first, I was not too concerned when I noticed he was missing. Our neighborhood was quiet and well protected by the surrounding eucalyptus trees and orange groves. However, when I heard terrible screams coming from a garden across the road, I knew instantly Sean was in trouble. Calling John, we ran down the street and found him walking aimlessly down the hill of a neighbor’s garden, terror-stricken and waving at the stinging bees–he had wandered into a neighbor’s set of hives. We picked him up, yanked off his shirt, brushed off the bees and whisked him away towards home. On the way, I could see red, ugly welts forming all over him. As soon as we got home, John took Sean (now quiet with shock) and put him on the bed. Then John did something we’d never done before. He laid his hands on Sean and asked Jesus to heal him.

We were young Christians who’d just been warned by our pastor about the danger of charismatic gifts like healing. “They are divisive”, he told us, “And the devil counterfeits them. It’s best to stay away from them.” But Sean’s present condition cut through those arguments. John prayed desperately. And something extraordinary happened. The fifty or so welts covering his body disappeared until finally there wasn’t a mark on him and he slept peacefully. Not surprisingly, we were thrilled. God had spared our son. But soon doubts began to creep in. “Maybe Sean is completely immune to bee stings,” we thought. Or maybe he got better naturally. (That thought was later discounted when Sean stepped on a bee and his foot swelled so much his shoe no longer fit!) For 13 years years, however, we tucked this remarkable miracle away in a file marked “things we don’t understand”.

John and I had decided in 1963 to follow Jesus. John had been working in the music business in Las Vegas (in a band called “The Righteous Brothers”) while I raised three children in LA. He was drinking heavily, I was going through serious depression, and we were planning to file for divorce. Without realizing what the other was doing, we both separately found ourselves praying to a God we didn’t really know for forgiveness and for our marriage. And then our lives were changed. Discipled by Godly people in our local Quaker church, we learnt all about Jesus and the bible. John exchanged his blossoming music career for work in a local factory. We spent all our time and energy teaching bible studies and telling anybody who would listen about Jesus and his effect on our lives. In 1970, with over 500 people involved in our groups, John joined the staff of the Quaker church.

Four years as a pastor were a mixed blessing. On the one hand, the church grew so rapidly we had to enlarge our facility. On the other, John felt a sense of vague dissatisfaction he couldn’t put his finger on. Then one Sunday in 1974, he felt the Lord ask him, “John, would you go to this church if you weren’t paid to?” Because he had looked to the church rather than God for identity and security, his answer had to be, “No.” He then prayed, “How did I get this way?” And the Lord proceeded to show him clearly how he’d continually resisted the Holy Spirit over the last ten years. And so he decided to leave the pastorate. Thankfully, he was then offered a job of church growth consultant at Fuller Seminary. While he was there, encounters with charismatics, theologians, and returning missionaries made a deep impression on him. He saw a connection between church growth and “signs and wonders” that really softened his heart towards divine healing.

Whilst John was traveling around the country consulting hundreds of different churches, God was altering my attitude towards the work of the Spirit. I’d been very hostile to anything supernatural -especially healing. As an elder in our church, I was responsible for driving out members who were showing signs of being charismatic. Then one night in September 1976, I had a dream in which I was standing on a wooden box, doing my usual anti-charismatic teaching. But when I woke I was speaking in tongues. The next moment I could hardly breathe under the weight of conviction of sin. I was reminded of Sean’s healing all those years ago. I realized that John had, in fact, encountered the Lord that day, and I had influenced him to deny the experience. I realized my hardness of heart. So, I spent the next two weeks repenting for it, crying so much I had to wear dark glasses whenever I left the house! But I felt that God forgave me and that he’d do with all of us what he intended from the beginning.

That same month, I went back to over thirty people from our church, one by one, asking them to forgive me for how I’d wronged them. Soon, many of these people, and others who we’d led to Christ previously, joined in an informal house fellowship where we worshiped, prayed, studied scripture, and experienced openness to God and his gifts. Everybody took part. Many people who had drifted away from the church came back. Proud, cynical men crumbled in tears as they sat on the floor in God’s presence. I’d never seen a group of people so hungry to meet with God.

While all this was happening, John wasn’t very well. That winter of 1977, worn out from traveling, his blood pressure high and his head throbbing, he found himself in a Detroit airport hotel room, stranded by a storm that had delayed his flight. Before falling asleep, he prayed desperately that God would show him what was wrong with his life. In the middle of the night, God woke him up with these words, “John, I’ve seen your ministry. Now I’m going to show you mine!” “Oh, Lord, that’s all I’ve ever wanted,” he replied in tears. This was a turning point in John’s Christian life. The events of the previous four years had brought him to a place where he was open to God’s supernatural activity.

On mother’s day 1977, sixty of us met for the first time on a Sunday morning in a rented building in Yorba Linda. It was the time of our lives. We had coffee and doughnuts. We worshiped for an hour. We had little kids running around dancing and playing. John and I were the oldest in the church. John taught from the gospels about how Jesus was a word-worker, on how He announced that “The time had come” and God’s kingdom was “at hand” and then He demonstrated its presence with healing. And John taught about how Jesus had commissioned us to do the same – to become “word-workers”. So we did.

After only a few weeks, we prayed for a young man who had lost his job because of a discovered birth defect in his spine. The next day, the new X-rays he’d insisted upon showed a perfectly normal back. He got his job back. Another woman was prayed for whose childhood car accident had stimulated her right leg to grow an inch and a half longer than her left. As we laid hands on her, her leg snapped with a sharp jerk and God healed her instantly.

...the Vineyard was founded on, the kingdom reality that there’s plenty for everyone. -Carol Wimber Click To Tweet

Whenever anyone asked John about the Vineyard, and how it all began, he always used to tell the story about the vision of the honeycomb. It has meant so much to us. And it’s interesting that every few years a Vineyard leader will have the same vision without ever knowing about John’s all those years ago. In the first year of the church John had been woken up one morning by a phone call from a desperate husband of a very sick lady. When he got to the house, the woman’s face was so red, and she was sweating so much that John groaned inwardly, “Oh no, this looks like a hard one!” Muttering a faithless prayer, John quickly turned to the husband to explain why some people don’t get healed. But before he could finish, the husband was grinning from ear to ear. His wife had got up looking like a different person. She even offered them some coffee. John drove away ecstatic, yelling at the top of his lungs, “We got one! It really works!” and celebrating the fact that God had used him as a vehicle of his healing mercy.

At that moment, in his mind’s eye, he saw in the sky a huge honeycomb, dripping honey out onto people below it. Some were joyfully weeping, tasting it, even sharing it; others were irritated, wiping the honey off themselves, complaining about the mess. “It’s my mercy, John,” he felt the Lord say. “For some it’s a blessing, but for others it’s a hindrance. There’s plenty for everyone.” In a nutshell, that’s what the Vineyard was founded on, the kingdom reality that there’s plenty for everyone. Plenty of mercy for sinners. Plenty of healing for the broken. Plenty of love for the outcast. Plenty for everyone.