In this article, Adam Russell (Director of Vineyard Worship) reflects on waiting as central to the Christmas story, and what it can teach us in our current season. "Perhaps this is a moment to enter into that deeply Christian experience of Christmas – where promise and waiting come and take up the same space." 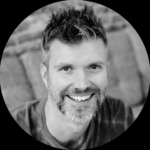 It’s been said that God is often slow, but never late – meaning that, for whatever reason, God is perfectly fine letting people wait. I mention this because waiting is such a central part of the Christmas story. Underneath the lights and the decorations, behind the manger and the wise men, is a whole lot of waiting.

There were 400 years between the closing words of Malachi and the opening verses of Matthew. 400 years! I’m sure some in those centuries had begun to wonder if God heard them anymore. Perhaps some had started to think that God had gotten bored and started another project or chosen some other people. Maybe some had come to the conclusion that there was no God at all.

Then, almost without warning, God sent an angel to an unknown teenage girl in Israel. The message was one of hope! The Messiah was on the way! 400 years of waiting and silence broken in a moment.

At this point, one might think that the good news project would really pick-up steam. But no. Instead, more waiting. Mary has prophetic promises and a newborn baby – and seemingly not much else. The conception was immaculate, but the birth was blood, sweat and tears. And after the wise men left, things became really quiet.

Imagine a fairly intense season of divine encounters, immediately followed by a very quiet season of extended waiting. 30 years of waiting to be exact. From the time that Jesus was born to the time he started his public ministry, there were at least three decades in the middle – where it sure seems like Jesus didn’t “do anything”. How did Mary and Joseph hold those years? At every birthday did Mary wonder, “is this the year that Jesus lives out what I heard the angel say?” Did the prophetic promises become a burden? Did Mary ever wonder if she had heard from God at all?

This Christmas we are all experiencing a global moment of waiting. COVID-19 has brought many things to a grinding halt. Church is different, family is different, school is different, and it’s lasted so much longer than any of us could have imagined. I remember when the first lockdowns happened in March, how we all thought this would be over in a few weeks – now we’re 10 months into this, and it seems like normal life is still a bit further down the road than any of us would like to imagine.

Perhaps this is a moment to enter into that deeply Christian experience of Christmas – where promise and waiting come and take up the same space. Perhaps this is a moment when the brackish waters of what life is, and what we are hoping for, mix in our midst. Perhaps, with a little prayer, all our waiting can develop a deep endurance (James 1) in our souls and give us the legs to run the race before us (Hebrews 12).

My prayer is that we would not lose heart, that instead we would hang on to the promises of God – the God who is never in a hurry, but never late.

Adam Russell is a husband and father of four. In addition to his role as the Director of Vineyard Worship, Adam is Lead Pastor of the Vineyard Church in Campbellsville, KY and also serves on the Vineyard USA Executive Team.