Pastoring Through A Pandemic

Phil Chorlian, pastor of the North Jersey Vineyard, shares his experience of pastoring in the epicenter of the COVID-19 outbreak. 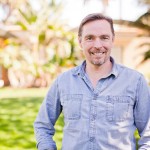 
I am the lead pastor of the North Jersey Vineyard. My wife Norma and I planted the church 23 years ago right outside of New York City. I enjoy the challenges and opportunities of pastoring a church in this region of the country. I love the diversity, enjoy the hustle and bustle, and even like the brashness of the people in this area. You always know where you stand with people, and I appreciate that.

Pastoring in the midst of the epicenter of the COVID-19 epidemic has been unlike anything I’ve experienced.

In mid-March, the local media began talking about the possibility of quarantines, so my church staff and I began making plans to convert our services and small groups to online experiences.

Soon thereafter, my wife began to feel ill. She is a fourth grade teacher, and had a parent-teacher conference with someone who ended up having coronavirus. It hit my wife all-of-a-sudden. She was feeling fine in the afternoon, but by that night she had a high fever, a dry cough, painful body aches, and a throbbing headache. Two days later, my daughter Lily and I began feeling sick. The next day my daughter Maggie was ill.

We knew we had it. We had all the symptoms, including the loss of smell and taste. There were a few scary days when my wife’s breathing became increasingly labored, but compared to others, we all had mild cases. Tests were very hard to come by in March, but my wife was able to be tested and was confirmed positive. My daughters and I have all recently tested positive for COVID-19 antibodies, so we now know for sure that we had the virus.

While I was sick I began to hear reports of many people in my church having the virus. We immediately opened up a COVID-19 Assistance Request form on our website. Right away it began to fill up with people who were sick and in need. I’m very proud of the way volunteers in my church quickly mobilized to deliver food to people who were quarantined. We estimate that somewhere around 100 people in our church had the virus.

Late March through April continued to be a crazy time. I spent most of my days talking with people who were either very sick themselves, or were concerned for their sick loved ones. My conversations were often with sick people who were concerned for their sicker loved ones. People were wrestling with whether or not to go to the hospital (we were told this was a last resort), and some ended up needing to go on ventilators.

I spoke to one man as he was preparing to go to the hospital. He was coughing and wheezing so badly, he could barely talk. His wife drove him there (she also had the virus), and I talked with her while she waiting in the parking lot after he entered the hospital. She was not able to go in with him. She was crying and very afraid. We prayed together and the presence of God immediately provided her comfort. The next day her husband was placed on a ventilator. He remained on a ventilator for three weeks. Miraculously, he was removed from the ventilator, but he has a very long road to recovery ahead of him.

A young man in my church was not able to come off the ventilator. He drove himself to the hospital on a Saturday night, and he never saw his wife and daughter again. They were home alone, both with the virus, unable to see their husband/father. They were also unable to have anyone come and sit with them, having to endure this impossible situation for weeks completely alone. The young man languished on a ventilator for three weeks, dying five days before his daughter’s fifth birthday. No one should have to go through what this young family went through.

As I write this in late May, things seem to have settled down. Some people are sick, but no one is critical. As I reflect on these past few weeks, I’m thankful for the way that God has been with us. It’s been hard, but God has been faithful.

The last two months have had a profound effect on me. I feel different. I think it’s the result of spending so much time with people who were in life and death situations. Oftentimes I felt like I was standing on holy ground. I find myself telling people I love them a lot more. It feels easier to say and much more necessary.

I believe these last few months have also had a lasting impact on my church. We are more outward-focused than we’ve ever been, excited about new doors that have opened up to serve the wider community. Paradoxically, going through this forced separation seems to have brought us closer together than ever before. It has also clarified our mission and reminded us what is most important.

Phil Chorlian planted the North Jersey Vineyard in 1997 and serves as the Lead Pastor. Phil also serves the wider Vineyard movement as a member of  the Vineyard USA Executive Team and leads the Vineyard Healthy Church & Renewal Team.