The Holy Spirit At Work In West Africa: An Update From Vineyard Missions

Mark Fields (Director of Vineyard Missions USA) shares a report from a recently returned traveler from West Africa with an amazing update on what God is doing in one nation through the initiative of U.S. Vineyard churches there. 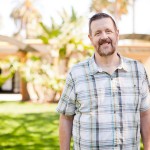 Editor’s Note: The names of the nations referenced here have been removed for the protection of individuals and churches.

.
As some international travel is beginning to open up to limited parts of the world, a few folks have been able to be out and about, and we, at Vineyard Missions, are starting to get reports back from those visits.
.
I’ve heard stories of unplanned church plants as believers were scattered due to various factors (like what happened in Acts 8), of continuing growth in unexpected places, along with stories of hardship, persecution, imprisonment, and endurance.
.
This has prompted me to think again about the very last words of Acts which read “He proclaimed the kingdom of God and taught about the Lord Jesus Christ—with all boldness and without hindrance!” (Acts 28:31 NIV).
.
It’s important to remember that in the situation Luke describes, Paul sits chained to a Roman soldier, under house arrest, and facing a very uncertain future. Yet the Kingdom of God is still being proclaimed without hinderance; not in spite of hindrances, but rather, without hindrance.
.

God is working beyond what we can immediately see and is not necessarily hindered by what seems to hinder us.

One recently returned traveler from West Africa (thank you, Josh) shared an amazing update about a bit of what God is doing in one nation through the initiative of U.S. Vineyard churches there.

All this, along with other stories, gives me hope that God continues to work in the world in many ways that are not yet seen in this pandemic.

I want to be a part of what God is doing and so I will keep working, keep sowing, and continuing to invest all God has given me.