Vineyard Stories: I Was Healed Of ALS

A member of the Coastlands Vineyard in Morro Bay, CA, Judy Jeter experienced a miracle through persistent prayer after a decade-long battle with ALS.

Extending the Kingdom of God through church planting and missional living. 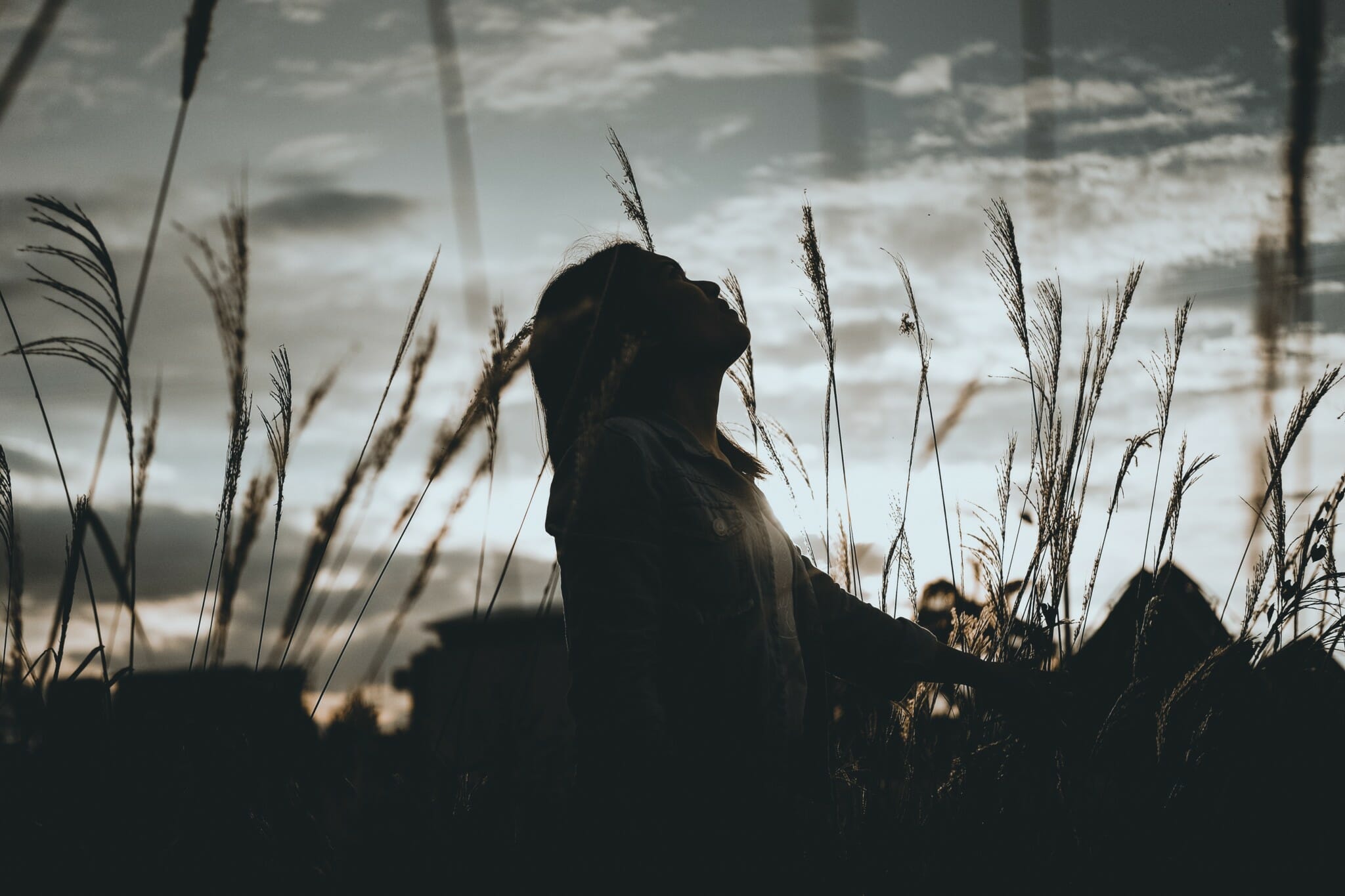 Ephesians 3: 20-21 “Now to him who is able to do far more than all that we ask or think, according to the power at work within us, to him be the glory in the church and in Christ Jesus throughout all generations, for ever and ever.”

There are no better words to describe the journey I have been on the last 10 years. God has done more then I dared to even ask! Allow me share the highlights with you.

Ten years ago I began experiencing issues with my feet, which impacted my walking. I saw several doctors and was referred to the University of California, San Francisco where I had had a spinal fusion of my lower back a couple years before. After a multitude of tests, with several different doctors, I was told in 2010 that I had a motor neuron disease. At this point it was diagnosed as primary lateral sclerosis (PLS). My symptoms included dystonia in my toes and ankles, weakness and atrophy in my legs and arms. I experienced significant fatigue and was more and more confined to a chair.

In 2014 I went through more testing, and after another EMG (muscle/nerve test) and a nerve velocity test, I was diagnosed with ALS, most commonly known as Lou Gehrig’s disease. I was told that there is no known cause and no known treatment and that most people die from it in two to five years. But I was also told that it appeared my case was unusual because I had had symptoms for several years already and I would probable die more slowly. At this point my lungs were beginning to weaken and I needed to go on a BiPAP machine at night, which gave me extra oxygen and compensated for the weakening diaphragm muscles. I also was experiencing weakened fingers and hands which resulted in needing help with daily activities. My voice was getting softer. I began to experience more difficulty chewing and swallowing, in addition to having more and more problems with mobility. By 2015 I began using a power wheelchair most days.

Most people with ALS are constantly adapting to losing more and more muscle movements, until sometimes all they can move are their eyelids. I had a bit more time to process each of my losses, as my changes came more slowly.

In the early stages, I was angry, shaking my fist at God saying, “Why me? Why this? Why now?” My last 20 years had been spent serving on our church staff as a women’s ministries director and a Christian education pastor. Didn’t God owe me a pass on terminal health issues? I had given my life to His service. But as time went on, I discovered that anger began to eat up my soul and my heart began to shrivel in love for God and love for others. I found myself so self-focused in pity and despair.

This was not how I wanted to live, nor was I experiencing the Shalom kind of life I knew Jesus promised. I began reaching out and asking for help; for prayers for healing, endurance, courage and strength as I knew my resources were not adequate for the journey I faced and I needed more of God’s help than I had ever needed before.

With the help of good friends, counselors, a spiritual director, prayer, God’s word and some helpful books I began to see this season of my un-invited journey as an opportunity to glorify God and grow my heart in trust and surrender to my Abba Father who knew what was best. I purposed to stay present with the losses, to surrender my will in the daily circumstances as Jesus did in the Garden of Gethsemne, to grow the fruits of the spirit in my interactions with my caregivers and particularly my family so that when I was gone they wouldn’t remember me as a grouchy, complaining, irritable wife and mom/grandmother! I daily asked Jesus for the grace to die well.

In 2016 I needed help with most all of my daily activities. We hired part time help who would come one or two days a week and be with me so that my husband could get away and get some needed rest. I used the power wheelchair whenever we left the house and went anywhere as I could only walk short distances. I was more and more limited in what I could do with my hands, including typing on the computer and writing in my journal, eating, brushing my teeth, etc.

In November 2016 I saw the UCSF neurologist who had followed my case since 2011 and had diagnosed me with ALS into 2014. She is a world-renowned ALS specialist who heads the ALS clinic at UCSF. I ordinarily saw her three to four times a year. This time she took particular notice of the tremor that had been getting worse in my left arm and hand and suggested that I start a new medicine with the thought that perhaps I also had Parkinson’s disease, in addition to ALS. So I did begin taking Sinamet, and my symptoms began to improve, so she then added the Parkinson’s disease diagnosis to my medical records.

My husband retired in 2015 and we were spending more and more time at our vacation home on the Central Coast of California. We had begun attending Coastlands Vineyard church whenever we were in Morro Bay. The first time we visited we met Mike and Betty Frye and Mike asked me if he could pray for me. As we got to know them more, we learned that Mike had a brother with ALS, and was particularly interested in my condition. I will never forget the first time he prayed for me. As he put his hands on my head, he prayed “God, we ask you to heal Judy’s brain cell by cell.” And that became my prayer as well. “God heal my brain cell by cell!” There was rarely a Sunday when we were in town and at church that Mike, or someone, did not pray for my healing. I experienced such love, empathy and faith in this sweet community of believers. While I had never heard of anyone being healed of ALS, their faith and persistence were such an encouragement to my faith!

In July 2017, I again saw my UCSF neurologist. She was startled at the significant improvement I exhibited in all categories. My legs and arms were stronger. My voice was stronger. My swallow was normal. My neck muscles had strengthened. Even my diaphragm muscles and pulmonary function tests showed significant improvement. She asked me to have another EMG and nerve velocity test done, as those were the defining tests, in addition to clinical findings, for the ALS diagnosis in 2014. I did have those tests done.

A few days later I received a call from my doctor that changed my life. “Mrs. Jeter, I think that you only have Parkinson’s disease at this point. The tests indicate that you did have ALS, and now you don’t! I really can’t explain it. I have never experienced an ALS reversal, but I am comfortable saying you no longer have ALS. The only other explanation would be that the doctor performing the EMG was in error, but I don’t think that is the case.” But I knew of another explanation. God had healed me!

My symptoms continue to improve. I can now take care of myself and no longer need assistance with dressing and showering. I rarely use the wheelchair and am walking without a cane around the house, and with a walker only occasionally when we travel. I have re-instated my driver’s license and I’m driving myself to appointments. I can write and type again. While I still have some symptoms from Parkinson’s disease, most of the weakness and spasticity of the ALS is gone. I am especially enjoying riding my three-wheeled bicycle all over town these days, as we have permanently retired in Morro Bay.

“When you have stared down a terminal disease like ALS, and learned to experience the goodness and love of God in the daily details of dying, your entire perspective on life changes.”

While the physical healing is nothing short of miraculous, God has also done a deep work in my heart and soul. When you have stared down a terminal disease like ALS, and learned to experience the goodness and love of God in the daily details of dying, your entire perspective on life changes. And for all of that, I am eternally grateful!

Let me close with the passage from John 9 that has been particularly meaningful to me these last several years. This is the story about a man who was born blind and in encountered Jesus and his disciples. When the disciples saw the man they asked Jesus “Who sinned, this man or his parents?” And Jesus answered “Neither. He was born blind so that the work of God might be seen through him.” And Jesus proceeded to heal him. The crowds were amazed and full of questions for both the blind man and his parents. His answer resonates with me. “I was blind and now I see.”

I don’t know or understand how that happened but go ask Jesus, He knows!”

I had ALS and now I don’t! Thanks be to God who has done more than I dared to even ask.

(A Testimony From The Coastlands Vineyard)